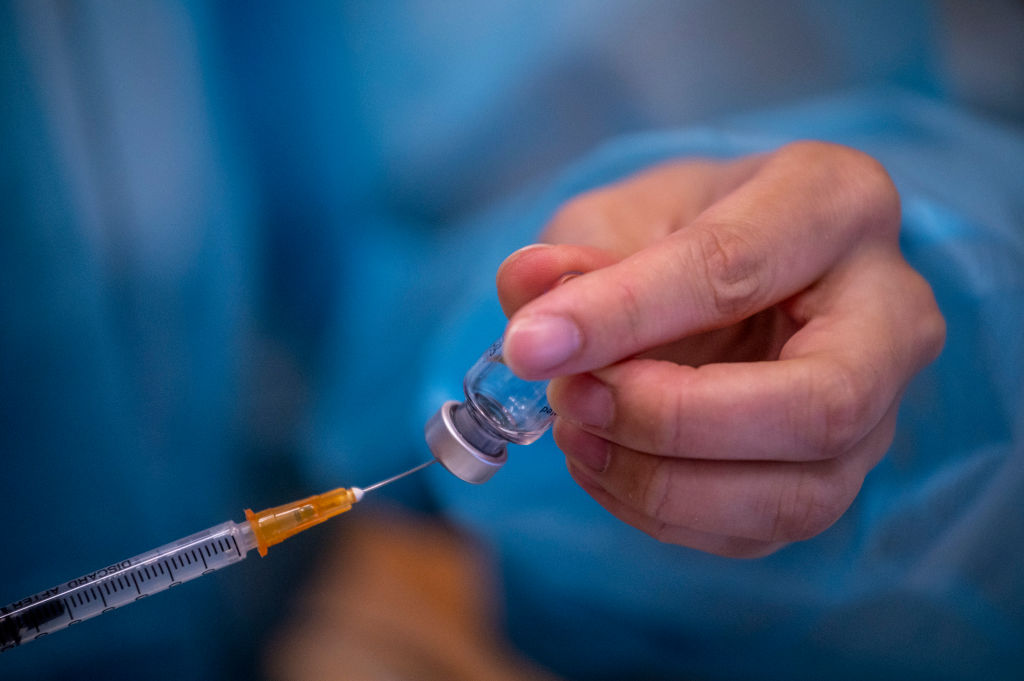 Even if you are the pro-est vaccine person in the history of pro-vaccine people, the idea of a stranger suddenly jabbing you with a needle full of God-only-knows should be terrifying.

That was the nightmare that Kareim McKnight lived when she was arrested following her participation in a protest inside San Francisco’s Chase Center during game 5 of the NBA Finals a few months ago.

According to CBSNews, McKnight stepped onto the court waving a banner that read: “Overturn Roe? Hell No!” and was promptly put in handcuffs. Outside the venue, she says a San Francisco police officer threatened her with sedation.

“While I was on the ground, handcuffed in front of the emergency vehicle, one of the firefighters came with a needle towards me and I couldn’t believe what I was seeing and I flinched and I said, ‘No!’ what if I’m allergic, you can’t just inject me,’” she said

McKnight has now filed a federal lawsuit against the city for her legitimately forced jab. John Burris, McKnight’s attorney explained the basis of the lawsuit.

“Giving an injection to a protester against her will is shocking and illegal,” Burris said, adding that officials violated McKnight’s Fourth Amendment right to control her own body.

We can already hear the MAGAs and hardcore conservatives contorting themselves to liken this incident to the vaccine mandates that were in place during early the COVID-19 days. These two things are not alike, just so we’re clear.

McKnight was given 5 mg of a drug called Versed that has been authorized for use by the emergency personnel if a person is posing a threat to themselves or others. Which makes sense in some contexts, however, McKnight was already strapped to a gurney and handcuffed, so…who exactly was in mortal danger?