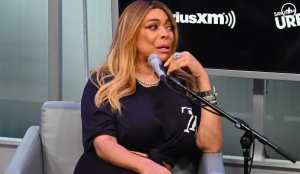 Last week it was reported that Wendy Williams was close to settling her dispute with Wells Fargo after the courts appointed a financial guardian to oversee her accounts. Page Six is reporting that Wendy is not on board with the new arrangements.

Wendy Williams isn’t happy with a court appointing her a financial guardian amid her lawsuit against Wells Fargo.

An attorney for the “How You Doin’?” host told Page Six in a statement Friday that Williams doesn’t want anyone but her to have control of her money in response to the Sun’s report about a judge’s decision to appoint a guardian.

Thomas added that the talk show host, 57, “feels that she is capable” of hiring her own team who would work for her “and not the court.”

Thomas went so far as to suggest that Wells Fargo may have leaked the report “in an attempt to lessen the public outcry and regulatory scrutiny mounting around” the bank.