We love you, Jay! 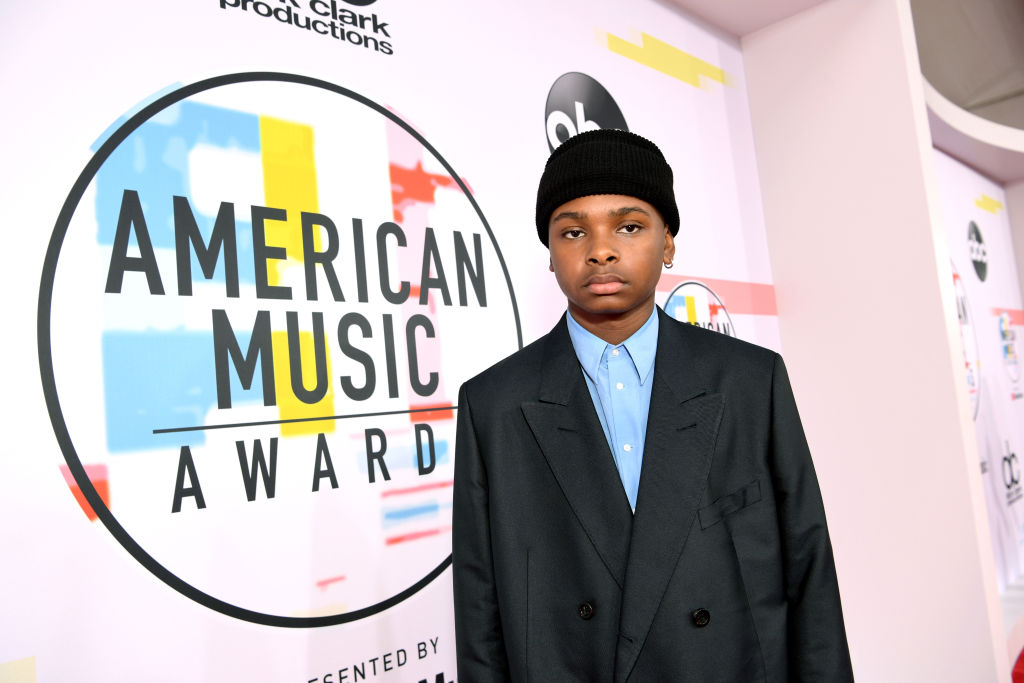 Few people bring joy to millions of people like social media star turned Grammy-winning producer Jay Versace, but he announced some tragic news this week. All HipHop reports the 24-year-old’s mother Nikesha “Dolly” Gunter passed away on Wednesday. Jay shared the heartbreaking news with fans in a post on Twitter.

this has truly been one of the saddest times of my life, I don’t wish this pain on anyone. plz help me send my momma off smoothly , anything helps 💔😞https://t.co/CI8L6Qc9WN

“This has truly been one of the saddest times of my life, I don’t wish this pain on anyone. Please help me send my momma off smoothly, anything helps,” Jay posted a with a link to a GoFundMe for Dolly’s funeral costs.

Dolly is remembered “for her love for baking, throwing parties, and passion for music. She had a bright smile and charming personality that made her loved by many. She will be dearly missed until the day her family is reunited with her.”

We send our deepest condolences to Jay Versace and his entire family after the loss of his mother Nikesha “Dolly” Gunter on Wednesday. Our prayers with the family and friends during this time. 🙏🏽 pic.twitter.com/v1vuDCAr6j

While the Vine veteran made us laugh year after year, he quietly supported his mom through a long and costly illness. Jay and the family “exhausted their financial resources while supporting Dolly’s ongoing medical battles, which created housing and financial issues.” In addition to supporting his family through hardship, Jay will also take care of his younger brother.

“This GoFundMe will support Jay and his family with funeral costs for Dolly, living costs for him and his little brother as they prepare for their mother’s funeral, and finding a new living space. All funds raised will go directly to Jay to support with funeral costs and associated expenses.”

Fans rallied for Jay and passed the $30,000 fundraising goal in less than a day, including $3,000 from Kehlani. Check out his supporters showing love.

Jay Versace has given us nothing but good music and fun memes for years, please support his family if you can. My deepest condolences Jay. https://t.co/i4xVKf7A9b

the only responses Jay Versace should be getting are prayers, condolences, donations and everything else that’s kind. anything other than those are tone deaf and lacks empathy. show some respect to a person in grief.

The Black Tax is infuriating. Jay Versace would’ve been on the cusp of life-changing opportunity for his family, but America happened. Such a young man having to spend all his money on hospital bills for his mother. America needs universal healthcare.

Jay Versace spending all his money on his mother health expenses is heart breaking bro. That’s a reality for a lot people, it’s a self less act that leaves you penniless. I hate this country healthcare system bro

Jay Versace is a grammy winning producer who is still struggling to pay his mother’s funeral bills, if that doesn’t highlight the exploitative nature of the music industry, I don’t know what will.

How much money did Jay Versace make for platforms how much? How did he innovate the short form https://t.co/Wvg1ihPqOT

Jay Versace has given us more than enough to just give to the go fund me or just scroll by.

And regardless of his “fame” he probably only JUST started making some money off that. YALL know how these brands treat black creators.

STOP BEING WEIRD TO HIM

Hopefully, these celebrities, industry insiders, and social media platforms stepped up behind the scenes. Our condolences go out to Jay, the Gunter family, and Dolly’s loved ones. If Jay Versace ever made you laugh, consider donating to the fundraiser here.

previousNews 2, Today Show kick off Summer in the Lowcountry