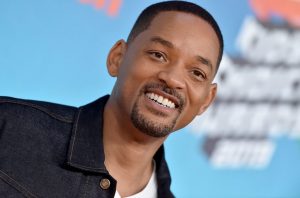 Emancipation film production is on hold for now.

COVID-19 cases have spiked rapidly across the country as of late. In efforts to reduce those numbers, many Hollywood production companies have been put on pause. Apple-Studios is the latest company to stop filming because of COVID-19.

According to Deadline, Apples’ up-and-coming runaway-slave thriller Emancipation starring Will Smith has temporarily stopped filming because of the few positive Covid cases amongst the crew.

Emancipation is being filmed in New Orleans, Louisiana. According to USAFacts.Org, Louisiana is one of the six states that have seen their number of positive COVID-19 cases shoot up more than 400% in recent weeks. The other five states include Alabama, Arkansas, Mississippi, South Carolina, and Tennessee. Emancipation moved filming to Louisiana from Georgia after the passage of a controversial election law.

Deadline also reported that the pause begins tomorrow and is expected to last about five days.

Emancipation is Smith’s second movie to end its production. Recently, a majorly delayed film that Will packing due to financial issues and now,

Recently, a majorly delayed film that the Fresh Prince was producing also stopped because of financial issues.

The post Will Smith “Emancipation” Movie Shut Down Due To COVID-19 appeared first on The Source.

previous<div>SC tax free holiday: What is exempt and what's not</div>