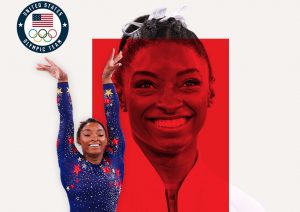 Simone Biles returned to the Olympics and will leave Tokyo with at least one medal after all.

Biles came in third and won the bronze medal in the individual balance beam final. She scored a 14.00, finishing behind Chinese gymnasts Guan Chenchen and Tang Xijing.

Biles now has seven Olympic medals, which is tied with Shanon Miller for the most by an American gymnast.

It was Biles’ first event since the all-around team final last week. Biles withdrew from the event after her vault attempt and subsequently pulled out of the individual all-around and two other apparatus events before committing to the balance beam final in the final women’s gymnastics event of the Olympics.

In an interview with TODAY after the competition, Biles said the bronze medal meant more to her than the four golds she won at the Rio Olympics in 2016.

“It means more than all the golds because I’ve pushed through so much the last five years and the last week while I’ve even been here,” Biles said. “It was very emotional, and I’m just proud of myself and just all of these girls, as well.”

Biles withdrew from the team all-around last Tuesday. She later revealed that she was “shaking” and could not focus leading up to the event. She then sat out the individual all-around and withdrew from two more events. While Biles was dealing with her issues, she still was able to leave Tokyo on a high note.

nextSOURCE SPORTS: Carmelo Anthony Signs a One Year Deal With The Lakers