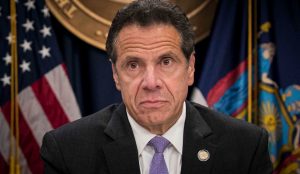 During a press conference at the White House Tuesday the President was asked if Mr. Cuomo should leave office, to which he responded

“I think he should resign,” Biden said. “I understand that the state Legislature may decide to impeach, I don’t know that for a fact. I haven’t read all that data.” Biden added that he had not read the report or spoken to Cuomo.

The report detailed multiple allegations of sexual harassment, and named the Cuomo administration a “hostile work environment,” and that Cuomo violated multiple federal and state laws.

According to CNN, Attorney General Letitia James’ office found that Cuomo harassed current and former state employees, as well as a number of women outside of state government, James said, as the office released a lengthy report on the investigation. James said Tuesday that her investigation found that Cuomo engaged in “unwelcome and nonconsensual touching,” and made comments of a “suggestive” sexual nature. James said that the conduct created a “hostile work environment for women.”

Gov. Cuomo responded to the attorney general’s report Tuesday saying “the facts are much different than what has been portrayed.”

CNN reports he denied the conduct detailed in the report. “I want you to know directly from me that I never touched anyone inappropriately or made inappropriate sexual advances,” Cuomo said

“If he won’t resign, he should be impeached as quickly as possible by the state legislator,” the mayor said. “He can’t govern.”

previousWill Smith “Emancipation” Movie Shut Down Due To COVID-19